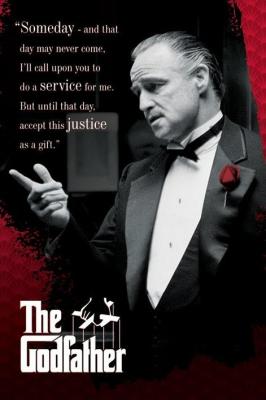 My new part-time househelper, Neema, lost her primary job this week.  I was having an inner debate about the implications of this (Can she live just on the little I pay her? Should I offer her a fulltime position watching Evelyn? Can I justify the expense?), so I was relieved to find out that she had someone else watching her back.  He called me up yesterday to make sure that I was aware of what happened and asked if I'd be interested in giving her extra hours while she searches for more work. He introduced himself on the phone as her father, which surprised me, since I knew that her parents were back in rural Ethiopia raising her son, and that she was financially supporting them.

Who was this confident man who spoke English so well? "Mon patron," she replied. I was intrigued, so I probed a bit more. It turns out that she and her older sister share a bedroom in the large house of her patron (and will stay there even though he plans to be out of the country for most of the summer). Her patron often gives her lifts home from work so that she doesn't have to deal with the bus.  He doesn't work anymore, since he now lives off the rental income from the homes he built in the nice part of town.  So do you work for him? "No. He's our patron."  Digging a bit deeper, I established that he is somehow related to her on her father's side of the family, but that's about all she volunteered.

The nerd in me geeked out. I had just been reflecting on the rules of patronage systems and contemplating how by understanding them we can better grasp the underlying dynamics of both biblical stories and modern community development issues. Here, in my own house, is a client so fully aware that she has a patron that she refers to him as such.

Ok, so I should explain a bit about patronage, because most 'westerners' don't really get it. Randolph Richards and Brandon O'Brien provide a solid 101 explanation in their recent book Misreading Scripture with Western Eyes.  They suggest thinking about how the characters in the film The Godfather are operating in a patronage system. In a social structure where the only way an average Joe or Jane can get ahead is through being in the good graces of someone more powerful, getting a patron is critical.  Your patron helps you get your foot in the door, finds you investors and markets for your products. Your patron helps you out when you get in trouble. Folks know that to mess with you is to mess with your patron. In exchange, your patron gets your loyalty and praise.  The patron can call on you at anytime for a service, but mostly what the patron gets out of the relationship is the satisfaction of being the King or Queen of the mountain.

Richards and O'Brien offer several examples of how understanding this helps us better understand stories and discussions found in the Bible--including the descriptions of God as our true patron. I especially appreciated their observations how on one hand Paul went to great lengths to avoid getting entangled in patronage relationships with the church communities he visited (refusing financial support, for example) while on the other hand he created patronage relationships between the communities in order to strengthen their ties.

In a draft of his yet-unpublished memoir on his adventures in DR Congo, the Rev. Dr. Robert Walters addresses how missionaries have a history of being unaware of their role in the patronage system.  Bob writes:


Missionaries were the priests of a patronage system that rescued the community from its poverty while, at the same time, they unintentionally insured that the community would never become self sufficient. Brave and compassionate, they came to save souls and make life better.  They came into a system they could not control and did not understand. They were co-participants in a system that could not deliver what it promised...

The missionary thinks that he or she is proclaiming a simple and straight forward Gospel message aimed at converting..., fully unaware that those to who they are preaching live in a world more like the world of Jesus than the missionary can know, and they, the 'heathen' being preached to, bring the missionary into their world to play the role of the patron in an economic system that the preachee intuitively understands better than the preacher. Unwittingly, the missionary reinforces the very problem that the Gospel is meant to remedy.

Bob goes on to talk about his personal struggles with how to avoid the traps of the patronage system, the compromises he's made with it, and ways he sees it can be leveraged for the good of the community.

If I had understood the rules of patronage back when I first starting working in Africa, I would have saved myself so much trouble and heartache (What can you do but get irked when your stupid patron fails to hold up her end of the implicit agreement?!).

Anyway, I've just scratched the surface on what I wanted to say, but in a few minutes the clock will strike 5pm, and Neema will hand my energetic toddler back to me.  So, I guess all I'll say for now is that I'm very relieved that, at least here in Djibouti, no one is asking me to engage in patronizing behavior.

In 2005, I didn't know that by accepting the typed invitation to this choir sing-off I had nonverbally promised to be a patron of the arts in their community. #patronfail

Posted by Taylor Walters Denyer at 8:07 AM