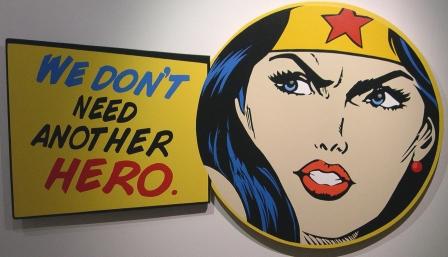 Some years back my ballroom dance coaches invited me to work at their studio. I helped them mostly in office admin and hospitality tasks, but then started teaching some beginner private lessons. I wasn't a popular teacher at first. I thought the underlying problem was that I was still just a student myself, but my coaches recognized it was that I lacked awareness of what the clients really wanted when they handed over their credit cards. They thought they were purchasing fantasy, praise and a sense of accomplishment. What they got from me was 50 minutes of pointing out all the mistakes they were making. The tragedy of it was that even though I too yearned for what they wanted, I was driving people away from the very activity I loved.

So what’s this have to do with malaria? I care a lot about malaria. I have many loved ones who have suffered from malaria and good friends who have lost children to it. I know what the forehead of a toddler with malaria feels like. I live in a malaria zone and fret over every mosquito bite my own daughter gets. I know first hand that even treated bed nets and bug spray are no match for some of those stubborn devils. I care, and I want the whole world to care.

Therefore, I’m hesitant to say anything that would discourage any efforts that address malaria. Goodness forbid that I whisper a word of critique about Nothing But Nets, Imagine No Malaria, or other campaigns. It would be better to put a millstone around my neck and throw me into the sea! And yet… I do have critiques. The folks running those initiatives haven't asked for my feedback, so should I still offer it? (Ballroom etiquette is to not give coaching unless it is requested; otherwise you just look like a jerk)

I suppose I could blog about what I might say if they did ask me, but that’s not actually what has been eating at me today. This week I saw advertisements for a new HBO movie called Mary and Martha. United Methodists were encouraged to host parties to watch the film, which was publicized as something that would raise awareness of malaria. I clicked on the website and watched the trailers. Ugh. My stomach felt sick. Please don't be another Great White Savior film. I clicked to read the reviews, since I don’t have access to the movie here. Sigh. “The malaria story, it seems to say, is filmable only if the central figures are white and it is larded up with the kind of button-pushing that television dramas thrive on. The Africans in this film are largely props for Ms. Swank to hold; we learn little about them beyond the happy choruses of welcome songs they shower on white visitors.” (New York Times)

If the movie critics at the New York Times can instantly see what is fundamentally racist about this movie, why can't the folks leading Imagine No Malaria?  Perhaps they do, but they think such an approach is the only way to open the pocketbooks of middle America (I'd rather believe this than think they are completely blind).  Many years ago I took a class in grad school called NGOs and Development led by a former higher-up at World Vision. He talked about the tension that exists in the big development organizations between the fundraising department and the folks working out in the field. Experience has taught them that there is a huge chasm between what development approaches are effective (supporting local agency, for example) and what generates donations (campaigns that play to the savior fantasy).

I want you to understand that you, the "First World" public, are being played. I'm not hating; I'm just saying.

Thus far, most of what I've seen in terms of anti-malaria campaigns play to our fantasies.  Just like financially successful ballroom dance studios understand what their clients really want, these campaigns understand that the more we can visualize ourselves as praise-worthy saviors of the less fortunate, the more we will contribute.  Some argue that this approach is only truly problematic when the organization isn't consciously pulling a bait and switch.  Even our team at Friendly Planet Missiology has gone round and round on whether using what we know to be "more effective fundraising approaches" would be an ethical compromise.

I am beginning to think, however, that it is time for us all to stop being amateur do-gooders.

Let's jump back to my example of what my days at the ballroom studio taught me; I left out something very important. When I made the switch from being a regular student to being on staff, the nature of the coaching I received switched too.  They went from fluffy feel-good to hard work with expectations that I put in real effort and start mastering the material. This didn't mean that lessons were no longer enjoyable (although some felt miserable at the time); the joy came from an accelerated rate of advancement in my dancing--the thrill of viscerally experiencing a figure done well. The difference between an amateur dancer and a dance teacher, my coach insisted, was not about skill level but a matter of mindset. A teacher does not pay his/her coach for coddling but assistance in refining the craft.  A professional values correction over compliment.

So I am issuing a challenge to all who are interested.  Consider making the switch from amateur to professional do-gooder.  The world's problems are too big and the opportunities for growth too many for us to continue to be content with false praise and slow progress.  Want to explore what would really make a difference in this world? Are you willing to grow thicker skin and be ready to critique every method you've ever tried?  Then let's get started.

Because, quite frankly, if you want me to smile and say "Great job! You're my hero!" then you'll have to start paying me. 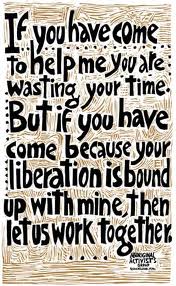 Posted by Taylor Walters Denyer at 7:02 AM