I know many of you are waiting for me to write about my recent site visit to Mulongo, DR Congo, but those stories are still decompressing in my mind. So, in the meantime, I want to talk about something near and dear to me that has baffled many of my readers. “What’s up with Taylor’s (and her parents’) passion for Doctor Who?”

While sure I had a childhood crush on Wesley Crusher and love Joss Whedon’s work --Buffy and I grew up together--, I am far from having the credits to call myself a true sci-fi nerd. Doctor Who, however, resonates with me on a profound level, and it resonates in a way that I suspect only a global nomad could fully understand. This is why I find it interesting that I haven’t found many Whovians in the Foreign Service (and, yes, I have spent hours contemplating why this would be).

For those who don’t know, Doctor Who is a BBC program that celebrates its 50th anniversary this year. It features an alien called “The Doctor” who travels through time and space in a ship disguised as an old British police phone box called the TARDIS. The Doctor has a soft spot for Earth and takes earthling companions on adventures. Each adventure, of course, involves encountering an unexpected danger and saving the day through quick thinking. The show is loved for its great writing (humor, wit, heart), and it doesn’t chase ratings with gratuitous gore or sexualized images. Part of the secret to its longevity is that not only can each episode take place anytime and anywhere, the cast and writers are constantly changing. Companions come and go, and The Doctor, when facing a potentially deadly injury, can simply regenerate (i.e. swap out leading actors). DW’s fan base is so large and dedicated that a good argument can be made that it is a religion. I’ve even been tossing around the idea for awhile with clergy pals that we should collaborate and write a Gospel According to DW.

There are endless things to love about the show, but for me the most important thing is that it is a stabilizing force in my surreal life. It helps me put problems into perspective and lets me re-frame that unsettling feeling that I'm falling down a never-ending rabbit hole into telling myself that I'm simply taking another adventure through the time vortex.

The Doctor’s companions jump from one reality to the next in the TARDIS. One day they are home just chilling in their flat in London; the next they are on another planet in the middle of a war zone or rewriting history. They sometimes struggle to wrap their heads around the fact that their lives don’t make sense, that they are living in multiple realities, and that each time they return ‘home’ they are no longer the person who left. There are the endless goodbyes, the strain of always being ‘the other,’ and the questioning of meaning, importance, ethics and identity. And this is just talking about those who started traveling as youth/adults.

But what about a person (and I’ll try not to give spoilers) conceived in the time vortex? Such a person can’t truly call any time or place home. Could such a person ever belong anywhere, or would the spaces between places always feel more comfortable? My daughter Evelyn will be able to relate to such a person. She was conceived in Zambia, born in the USA, baptized in Congo and learned to walk in Djibouti. She’s not even two yet, and she has more stamps in her passports than most folks get in a lifetime. For her, concepts such as ‘re-entry shock’ will be meaningless. Re-entry to where? The USA will probably just be another place she occasionally visits but not sure she could adapt to American mental paradigms enough to be happy living there long-term (and frankly, I'm not sure I could either). There are lots of books, studies and articles about people like Evelyn. The fashionable label is “Third Culture Kid” (TCK), although I won't bother rehashing that literature here.

For this post, I just wanted to explain that DW provides me with useful Freirean codes  with which to process my experiences. It keeps me sane by making my life seem normal. And, it's lots of fun to watch. 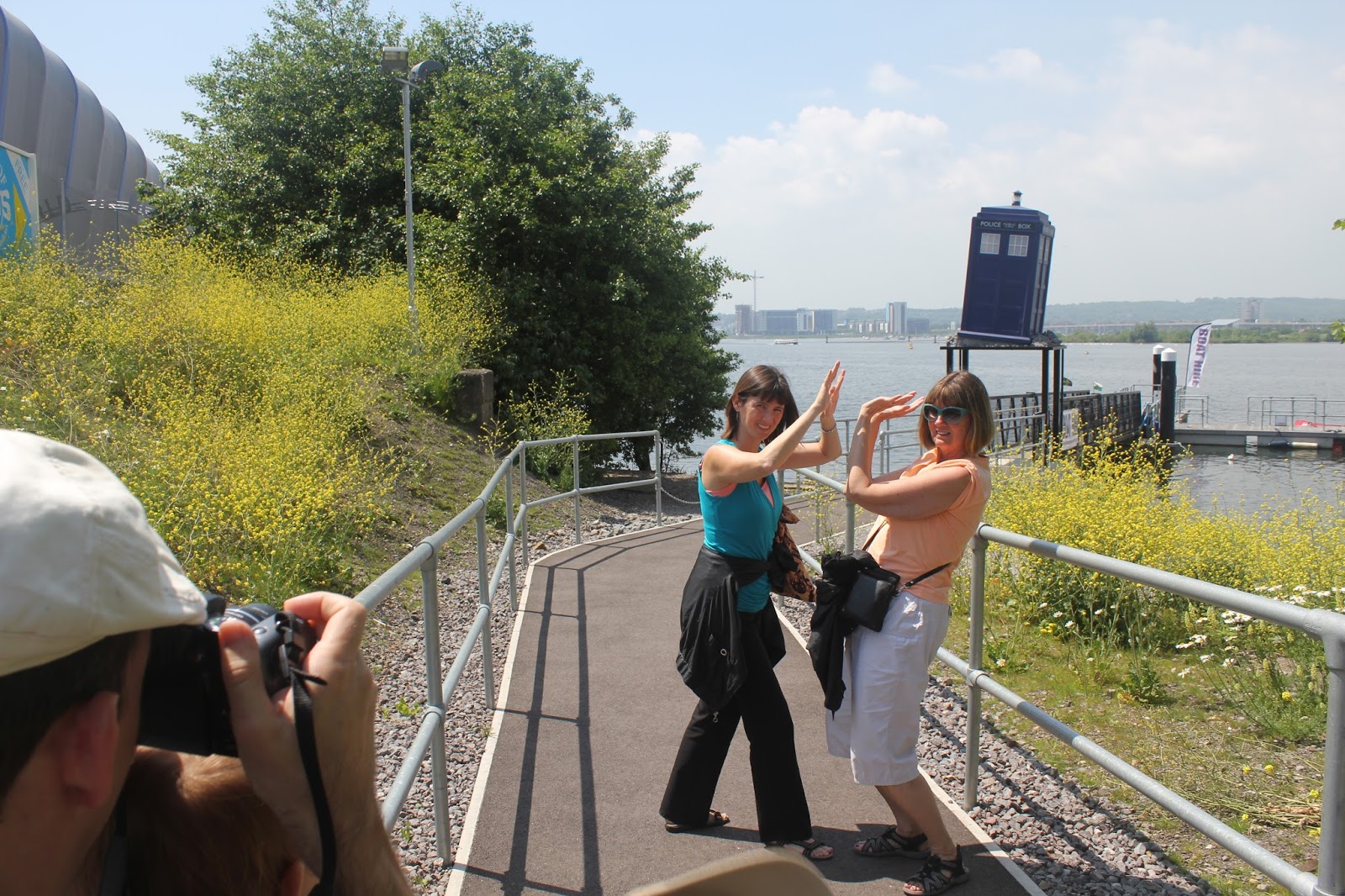 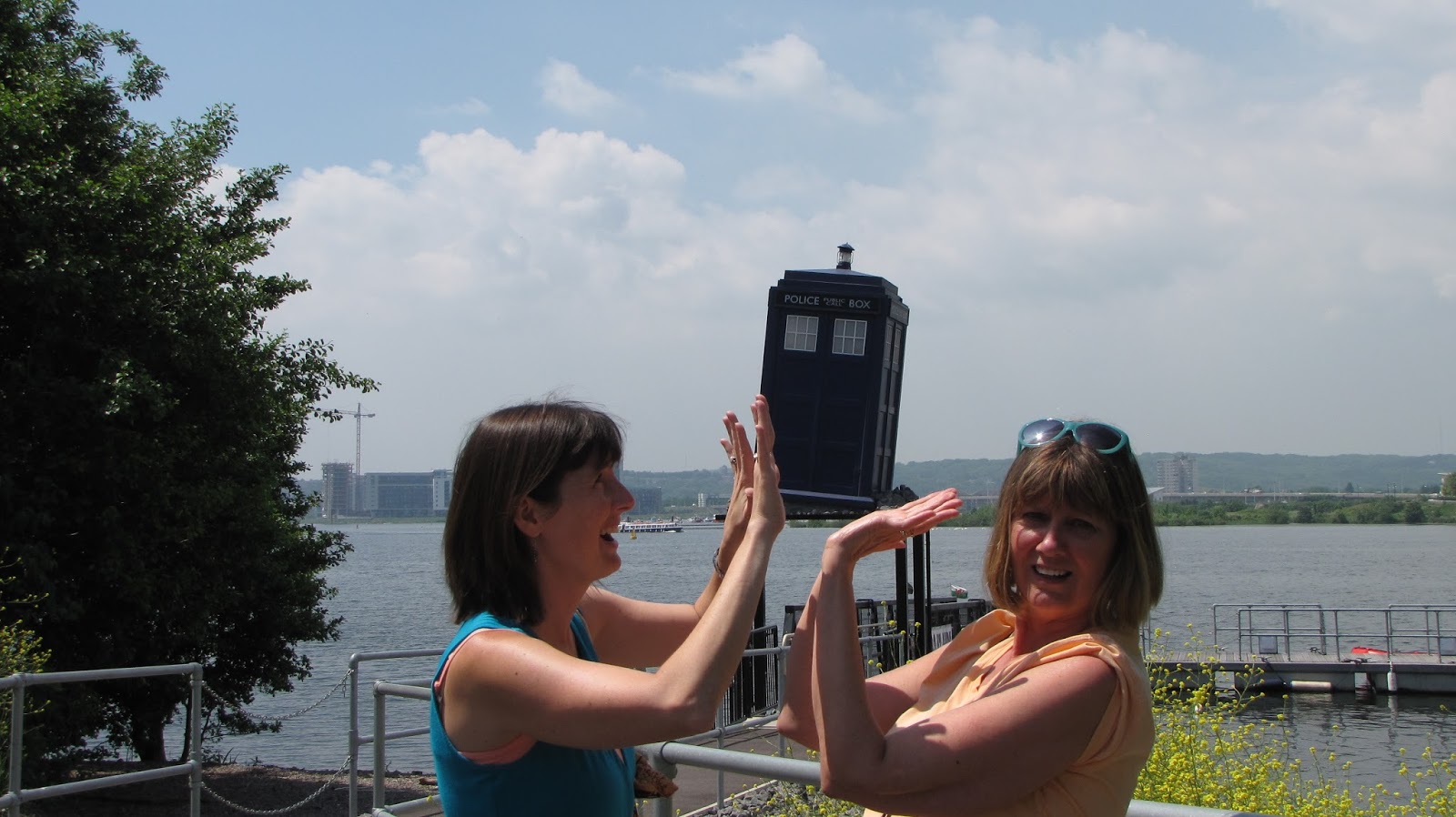 Posted by Taylor Walters Denyer at 5:21 AM