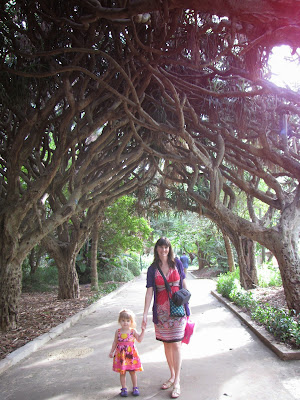 On one of our first weekends in Algiers I had the great luck of being at the right place at the right time.  Stuart wanted to spend the weekend morning at the office catching up on email from while we were on home leave, so Evelyn and I decided to visit the community pool at the ambassador's compound.  Turns out the ambassador had the same idea (going for a swim, that is).  We got to chatting and she said she had scheduled a trip to the Botantical Garden of Hamma in town that afternoon, but the person who was supposed to go with her was ill.  Seemed extravagant to have her big security team escort just one person around a park.  Would our family like to join her?

And that's how we ended up spending a lovely afternoon at the botanical gardens and how Evelyn's carseat got installed next to the ambassador in her official car  (Evelyn has no idea her life isn't normal).  The gardens were created in 1832, and according to Wikipedia, are considered one of the most important botanical gardens in the world.


Here's a bit of movie trivia for you: The classic 1932 Tarzan the Ape Man with Johnny Weissmuller was filmed in these gardens 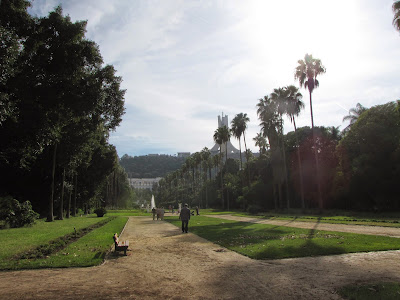 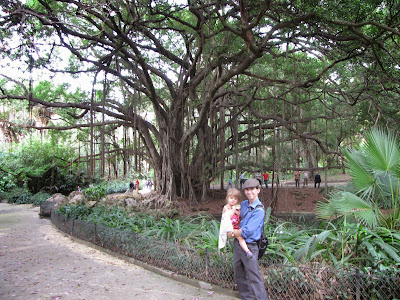 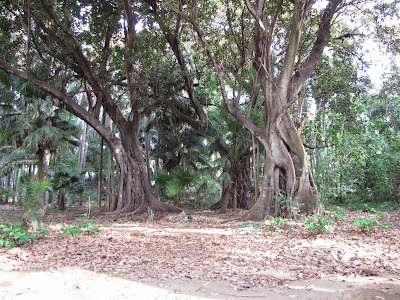 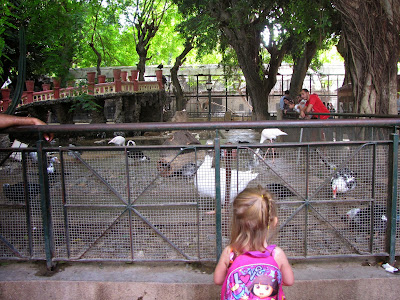 Posted by Taylor Walters Denyer at 5:13 AM