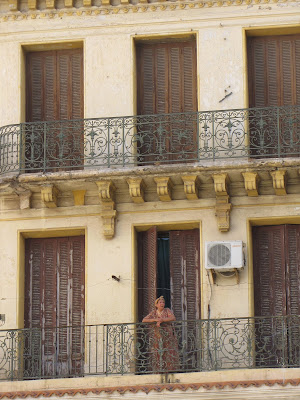 Hard to believe it has been seven weeks since we arrived in Algiers.  I find that the more I get to know a place, the harder it is to write about it.  Much easier to skim the surface than delve into complexities.  So, let's stay in tourist mode and keep skimming, shall we?  ;)

Our CLO (community liaison officer) office at the embassy has been great about organizing at least one touristy activity per weekend, and we've been signing up for them.  We started with a 3-day holiday weekend to Oran and Tlemcen.  We went by train (Algeria has a modern and efficient train system) to Oran and from there by bus to Tlemcen.  My Facebook albums of highlights of the sightseeing trip are public, so feel free to browse:  architecture and cave, shopping, views from the top, train.

I was surprised to discover that Oran has number of posh hotels.  I won't share which hotels our embassy security office prefers us to use, but I felt like we were on a stylish vacation.

Some of my other surprises/lessons/stuff that started to sink in on that trip:

1) Oran is great city to walk around if you love architecture.  Beautiful old buildings, and there is a current effort to start restoring them. 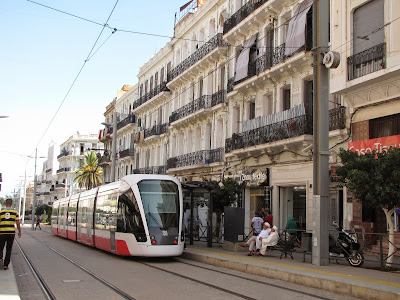 2) The requirement about embassy folks having an Algerian police escort when we are outside of Algiers wasn't as creepy as I thought it would be.  In fact, it was kind-of nice to have someone watching your back and not have to worry about getting in trouble with the police for taking photos.

3) Tlemcen has a fabulously huge cave that goes all the way to Morocco--at least until the French sealed off the connect to stop arms runners! (Tlemcen is an attractive town, too) 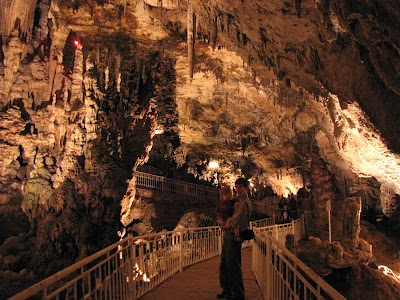 4) There is a lot of agricultural activity going on once you get outside the cities in Algeria.  The clementine fruit originally comes from here. A friend says this region reminds him of the countrysides in Spain.

5) You can't start to understand what you are seeing when you walk around Oran without grasping the conflict that came to a horrific exploding point 1962 as well as the violence in the 1990s.

And that's all I'll say about that. 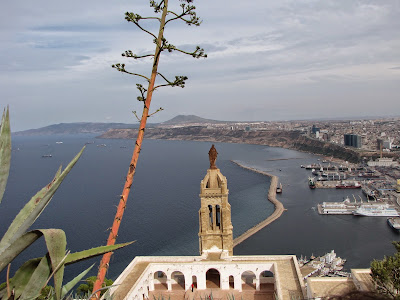 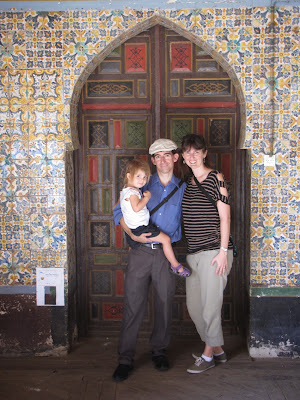 Posted by Taylor Walters Denyer at 3:16 AM