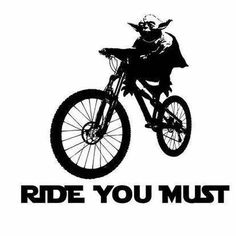 I’ve been a bit of a recluse lately.  A lot on my mind and a lot to do.  Since Dad’s unexpected death on my final day in Algeria, I feel like I’ve aged a decade or two, making the psychological transition from young adult to middle-aged human at a nauseating speed.

In the past five months I’ve learned firsthand so much about grief, the bureaucracy of death in the USA, and how removing just one person from a family system can, like the classic game of Boobytrap, force everyone else into new positions with new pressures on them.

These day I feel like the understudy who has been called to replace the beloved lead actor. I know I won’t perform this role the way my father did, but there are too many people counting on the show to go on for me to not step up. There are promises to be kept, forms be filed, another book to be published,* and dreams and friends that should not be abandoned.

Yet, I still have my other roles to play too.  I’m a parent, a spouse, a bishop’s gal Friday, a doctoral student,** a devoted daughter, a pastor with congregants scattered across multiple time zones, and the manager of an NGO that has lost its Yoda. And, somewhere in there, as my dear friend Kate Koppy asserted when I lamented how little I've been getting done, I’ve overseen my household’s international move and decorated the house in time for the holidays.

I’m not sure if this post has a point other than to say to those of you who haven’t heard from me in months that I’m still alive, been feeling overwhelmed and pulled in several directions, but hopefully will reemerge soon ready to do all that stuff I had planned to do once I became a real grown-up professional person.

*Much thanks to Kate for stepping in as editor of Dad's second book manuscript.