Last week was the Reconciling Ministries Network’s convocation (translation for non-United Methodists: the movement seeking full-inclusion of LGBTQ in the denomination), and one of the workshops there was titled “Will Africa Always be Anti-LGBTQ?” Not surprisingly, I found myself in an off-the-record conversation reflecting on the question and the mindsets of those who have been earnestly asking it.*

For reasons unrelated to where I stand on the debates around gender and sexuality, I have not been active in the Reconciling Network or the other side of the coin, the Confessing UMC Movement, despite having longtime friends involved in each. I’m not certain how many of those reasons I should share on this blog, so I’ll let those who can read between the lines do so.

I'm realizing, however, that it is time I stick my neck out and start going on-the-record in response to some misconceptions of many folks in both movements. Perhaps some talking points will suffice for now. Some of these may sound like common sense, but I wouldn’t be listing them if what was coming out of American United Methodists suggested that these things were understood. 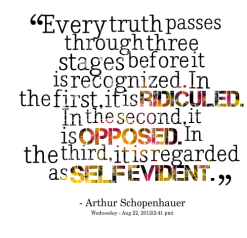 In my home conference of North Katanga (DR Congo), those leaders at the frontlines of human rights struggles are pushing back against mass gang rape, child abuse and massacres, and are calling for the access to public infrastructure (potable water systems, electrical grids, roads, schools etc.) in return for the billions of dollars worth of resources removed from their land by high-ranking government officials and rebel armies. The work of United Methodist leaders in North Katanga in the area of peacebuilding has been truly heroic, which is why I reacted with a strong "Oh no you didn't just say that" when I read Bishop Carcano's statement last year:


Delegates from Africa once again proclaimed that their anti-homosexual stand was what U.S. missionaries taught them. I sat there wondering when our African delegates will grow up. It has been 200 years since U.S. Methodist missionaries began their work of evangelization on the continent of Africa; long enough for African Methodists to do their own thinking about this concern and others. UM Reporter

Were there some General Conference delegates from Africa who I think are immature, ignorant and/or borderline sociopaths who obtained their delegate spot through unethical means? Yes, and I have African colleagues who would concur with this assessment. Now ask me what I thought about some of the delegates from the USA, and I'll give you the same response.

Among those African delegates, though, were people who I hold in such high esteem that to say they need to 'grow up' just because of how they voted on a controversial issue (especially when voting machines at tables didn't exactly give them privacy) is like trash-talking my mother. Anger surges up within me.
Grow up, you say? Yes, next time I speak with my colleagues who have committed financial suicide by agreeing to serve in communities that have been burned down and covered in landmines-- or to those whose family members were gang raped, murdered or taken as sex slaves or to those who risked their lives by bicycling into the camps of warlords to negotiates peace accords, I'll pass along your advice, Bishop. Next time I speak with Friendly Planet's Country Director Rev. Mulongo, the pastor who was elected by his peers to lead North Katanga's delegation to GC, I'll ask him to put "growing up" on his to-do list.  He's a bit busy, however, what with building a nursing school, coordinating several grassroots development projects, and making pastoral visits into Mai Mai territory. If you don't read all my blogs, you might not be aware that the reason why there haven't been Mai Mai attacks in the Mulongo area in quite sometime is that Rev. Mulongo has become the pastor of Chatty (aka The Shooter), the #2 in Lord Nvwendi's Mai Mai army but widely known as the brains of the organization. She has a reputation of being a vicious killer who 'emasculates' her enemies. She's the worst of the worst some say, and I've met her. She walked two days to Rev. Mulongo's house to see if she could be of assistance when she heard there was about to be a big church event. She hopes to enroll in the nursing school this year--just like Lord Nvwendi's daughter.

OK, so now that I've gotten that rage response out of my system, I'd like to give one more talking point that has been a major blindspot of both the Reconciling Ministries Network and the Confessing Movement thus far.
Let those who have ears hear.  Amen.

*Author's Addition: This post in NO way is intended to be read as a criticism of the folks leading the above-mentioned workshop. They chose the workshop title in order to bait people into attending it, and according to my friends who were there, they did a brave and honorable job at trying to raise attendees' awareness of many of the issues I touched upon in this post. My intention in this post was to extend the conversation beyond the confines of that room and add my additions/spin on the topic. Lots of Love!

Posted by Taylor Walters Denyer at 1:42 AM